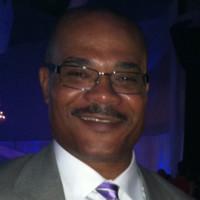 After college he tried out with a couple of NFL teams then moved on to the Triangle Cardinals Semi-Professional team. While with the Cardinals he was team captain and was selected All League at three positions, Linebacker and Safety the first year and Linebacker, Safety and Center the second year. From 2000 – 2006 he coached at his alma mater HHS as Defensive Coordinator and Assistant Head Coach. His Defenses were ranked among the best in the State of NC in four of the six years and he is credited with helping to turn the program around. He has coached three All Americans during his coaching career. After leaving Hillside he coached one year at Livingstone College in Salisbury NC where he coached Linebackers. He was Defensive Coordinator and Assistant Head Coach at Rogers Herr Middle School where the team won three city championships in the five years that he was there. The 2012 team went undefeated and only allowed 4.5 points per game with four shutouts in eight games. The 2013 team was also undefeated and had four shutouts in 8 games.

After a two-year stint at Durham Jordan High School as Defensive Coordinator Coach came back to Rogers Herr Middle School, resuming his duties as DC and Assistant Head Coach. Coach Hayes retired in 2019 from Pepsi Bottling Ventures the second largest bottler in the US after 32 years.

Coach Hayes has been married to his lovely wife Judy for thirty-five years and they have two children Kevin II and Alexis. Kevin is a Chemist at Carolina Medical Center in Charlotte and Alexis is a Registered Nurse at Duke Hospital in Durham. He is also the Grand Dad to his precious Grandchildren Londyn Lauren Hayes and Kevin III.